This elephant head sewing pattern and tutorial was featured in the September 2015 issue of Love Sewing UK.

*Fabric, roughly 1/2 yard. You can mix & match your fabrics for a contrasting effect; I think plaid and denim would look great together!

*Buttons for eyes, if you’re a realist (I’m not, so there aren’t any tips on how to sew the eyes onto your project)

There is a 1/2″ seam allowance included in the pattern, but not marked. You can feel free to go down to a 3/8″ seam allowance on the same pattern, it makes very little difference to the outcome of the project!

Let’s start with the small fiddly bits and get them out of the way! Take your hanging loop piece, and press it down 1/4″ lengthwise along both edges. 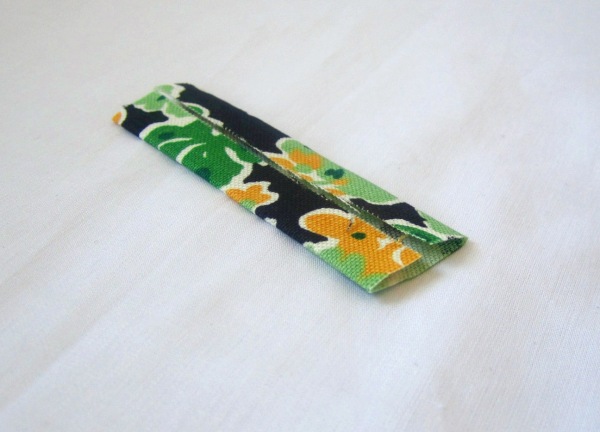 Press it in half lengthwise again. 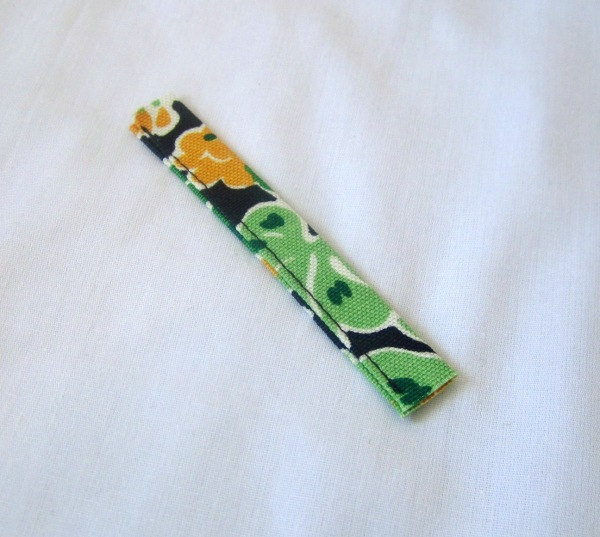 Fold into a loop and baste stitch the edges together.

Clip and notch the curves of the ear and turn right side out. Press flat.

Top stitch in a coordinating thread, if you desire.

Repeat with the other ear (do I really need to mention that?)

Right sides together, baste the ear tab to the side of the head, using 1/4” seam allowance.

Right sides together, sew the the curved edge of the Back of Head piece to the side of the Side of Head piece.

This is what it looks like from the right side of the fabric. 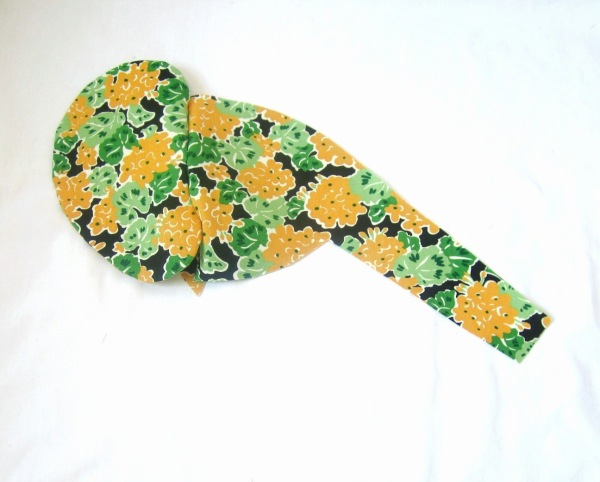 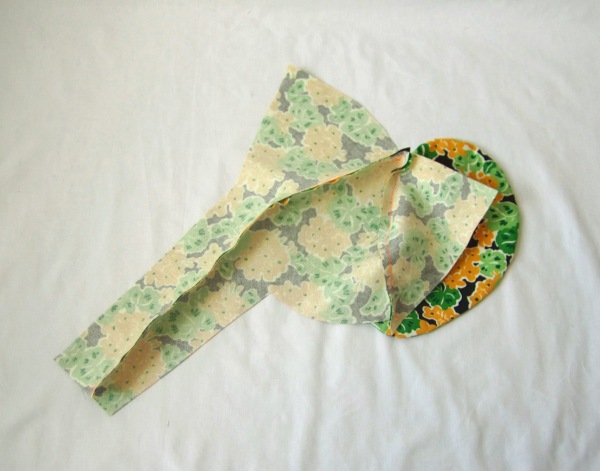 Repeat with the other side of head: 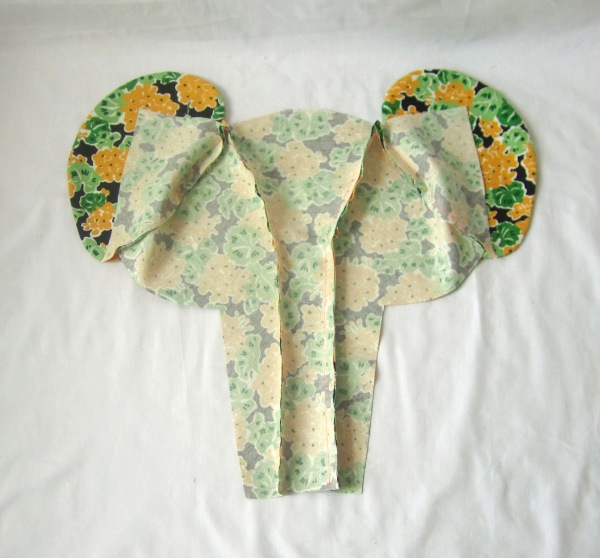 Baste the hanging loop to the top of the head, right sides facing. 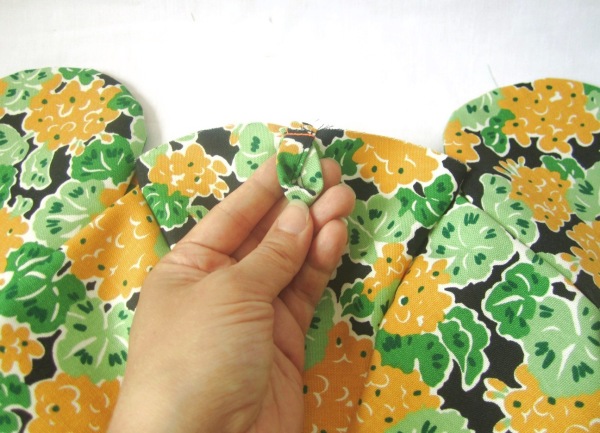 Sew together the under chin area of the sides of head, starting at the base of head and ending at the trunk tip.

Your trunk tip will look like a triangle. You want to flatten the trunk tip so that the top lies flat, and sew it shut. (the two side pieces might not lie completely flat underneath, but that’s okay). Trim away excess corner fabric.

Stitch together the top of head to the top backs of head, sandwiching the hanging loop in there.

Turn it right side out! 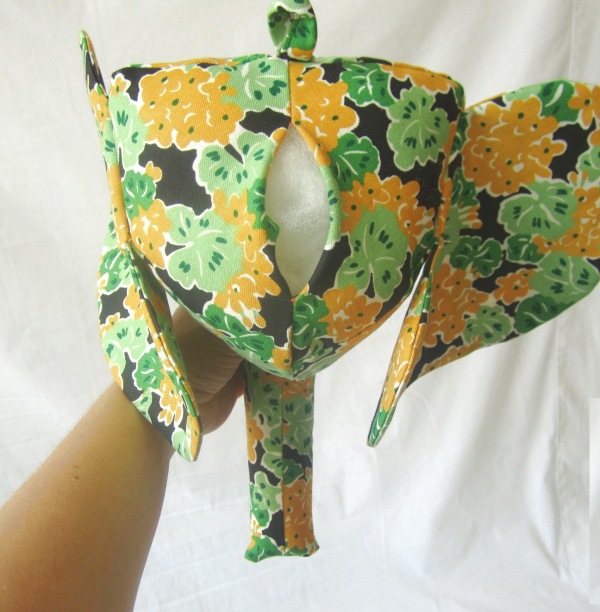 Mount it on your wall! 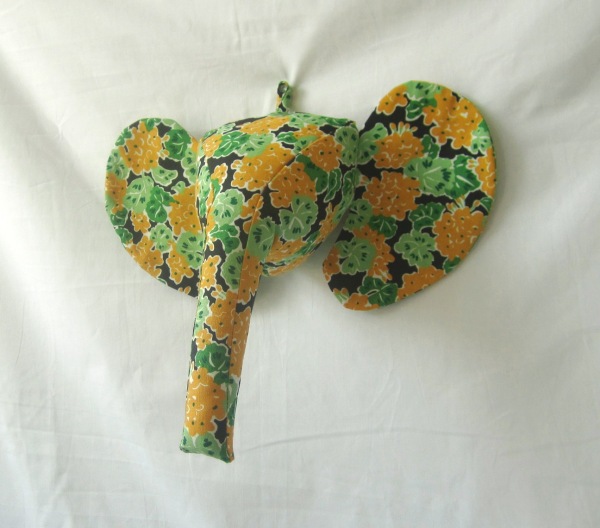