It’s funny, and telling, that I haven’t written updates on The Labour District Diaries since the store actually opened.

We are hella busy.

So basically, you will be working at least 40 hrs/week, yet you will have zero income. Enjoy that.

And it could be worse: one guy we do business with told us that in the first six months of his business being open, he had exactly zero people walk through his door. That’s six months of no sales. Can you imagine spending all day every day in a place that brings in no money and seemingly no interest as well? Incidentally, this guy is super successful now, up to his damn tits in business, as it were. But imagine trying to convince him in that first year that things were going to turn out well for him. I imagine that he spent many a sleepless night wondering if he just accumulated a huge amount of debt into financing the worst mistake of his life, and if maybe he should’ve just stayed in Toronto, working at that shitty job and living in that busted apartment until his wrist fell off and his apartment got made into a condo development and he was left without home and without skills to make a decent living. Oh wait, that’s my late night thought process.

There’s also the joys of being all alone in the store while it’s open, and having no backup when crazy people come in. And trust me, I’ve worked in some really sketchy neighbourhoods in downtown Toronto over the years, so I’m not new to dealing with crazy/aggressive/scary/Kevin. Only difference is that I am now all alone in the store. Ain’t no one going to hear me scream. And since we’ve opened, I’ve dealt with mental patients (with intake bracelets still attached), drunks, many crackheads, and a guy who actually threatened to rob us. Fuck you. Like really.

On the much bigger flip side, we’ve also dealt with a lot of very nice people who are happy to have us around. We’ve developed business relationships with many dozens of locals, and are very happy to run a business in a place where our presence has a more profound impact than it would in a larger city.

And you guys, my sewing is On. Point.

That 40hrs/week isn’t being wasted on Archie comics and Youtube videos.

It’s a long hard road, but what an experience so far. 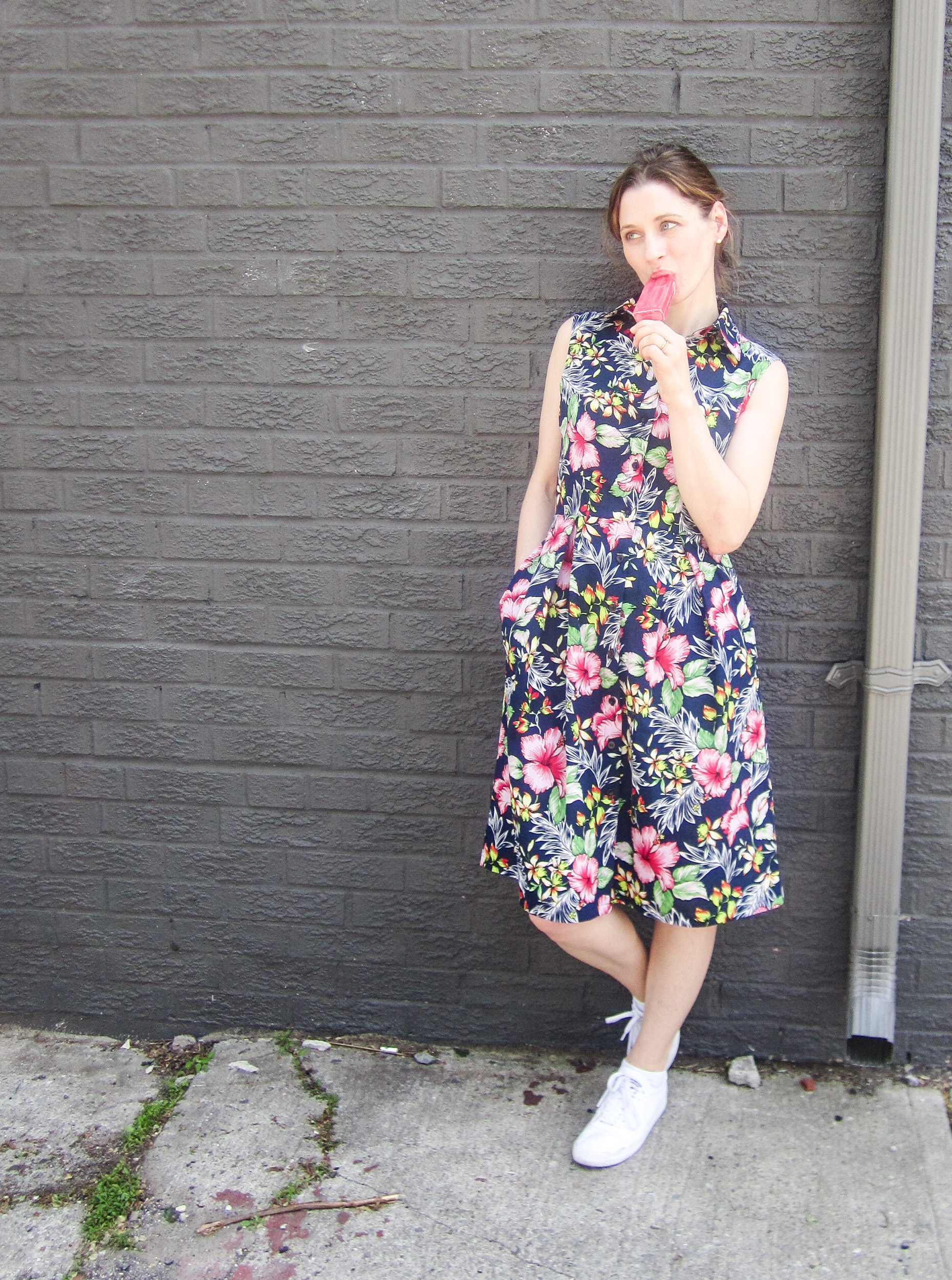